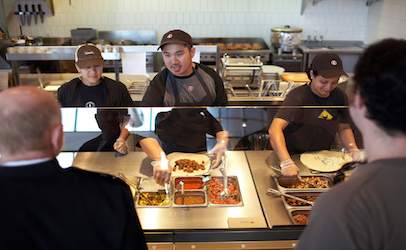 “After shutting restaurants in Seattle and Portland, Oregon, Chipotle is doing a deep cleaning of the locations, the company said in a statement Tuesday. Twelve people in the Portland area and 25 in Washington state became ill after eating at Chipotle restaurants, according to health officials in the two states. The company is working with Seattle-based IEH Laboratories & Consulting Group to resolve the matter, as well as conducting environmental testing in restaurants and distribution centers. Chipotle also is replacing all the food in the closed locations.” – Bloomberg